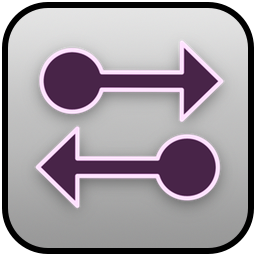 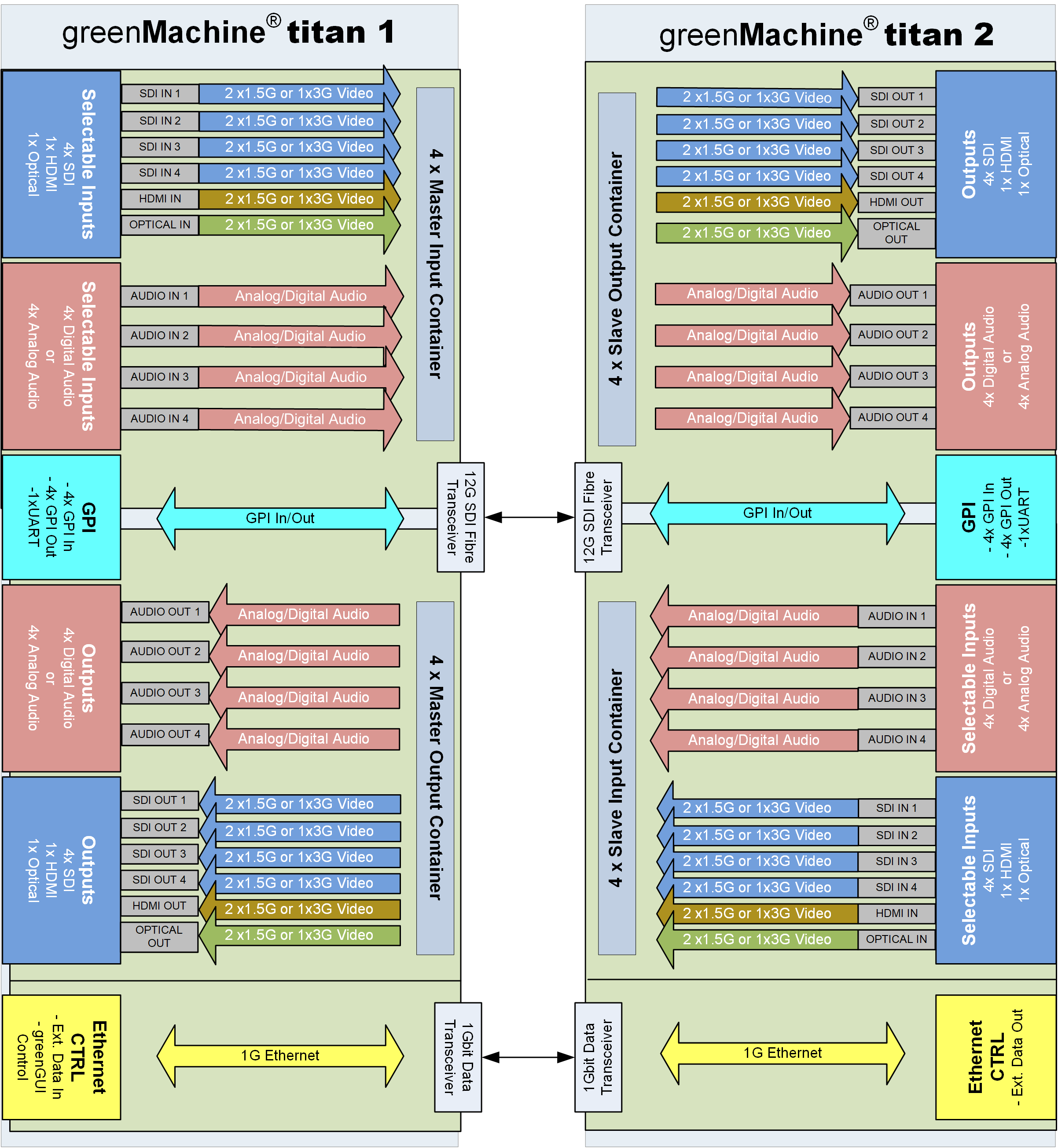 The BIDI Transport constellation is a cost-effective bidirectional transport solution that allows transportation of video, audio, Ethernet, and GPI efficiently across two greenMachine Titan hardware devices. It is a flexible solution for applications that require an exchange of multiple signals on two single fiber links over long distance. A Master/Slave model of communication is used between the two greenMachine Titan hardware devices where one machine will act as a Master device while the other will be a Slave.

Six HD signals (1.485Gbit/s) or four 3G signals (2.97Gbit/s),One 12G Signal (12 Gbit/s), or combination of singals up to 12Gbit/s, 4 external analog or digital Audio Signals and four GPIs can be transported via the fiber ports in both directions, simultaneously. The reference of one of the two greenMachines (aka the Master) is also transmitted to the other greenMachine (aka the Slave) and can be used in the remote location to synchronize cameras, as an example. A 1Gbit ethernet transport link provides easy control of the two greenMachine via greenGUI software.

The greenMachine titan hardware comes with a fully featured local control interface with an LCD which displays image previews and audio level meters of the processed video paths in addition to the graphical user interface.